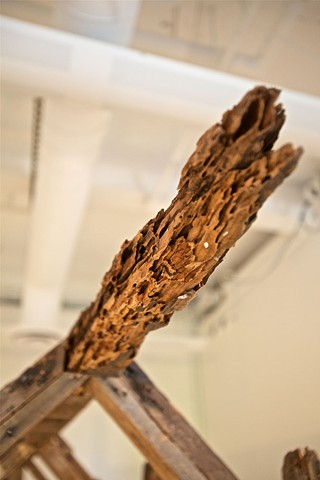 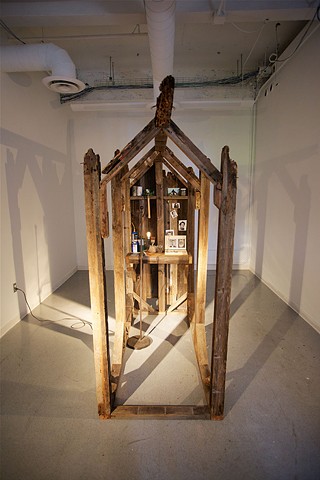 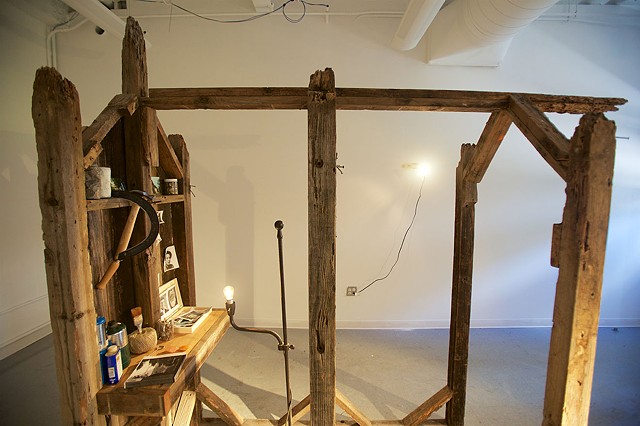 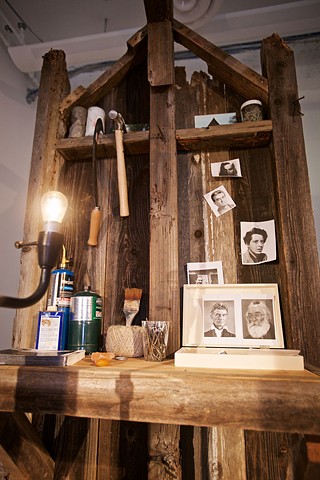 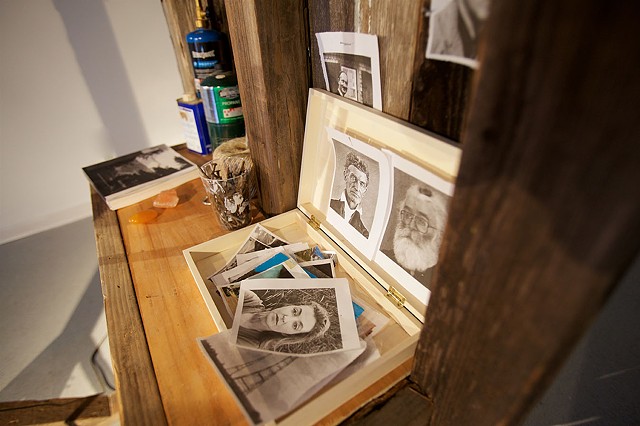 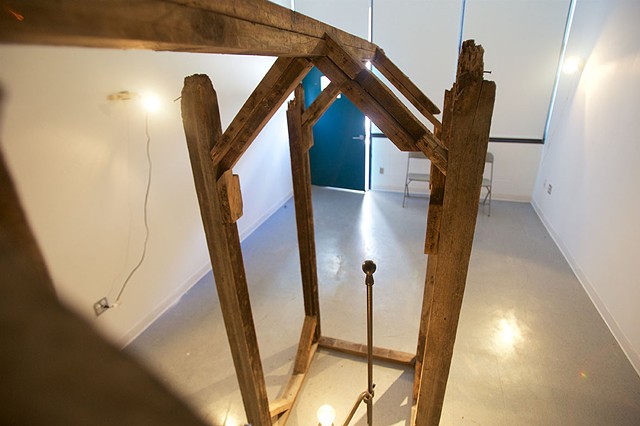 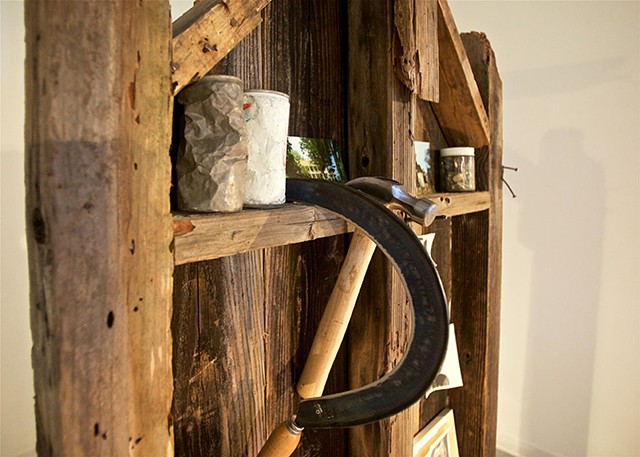 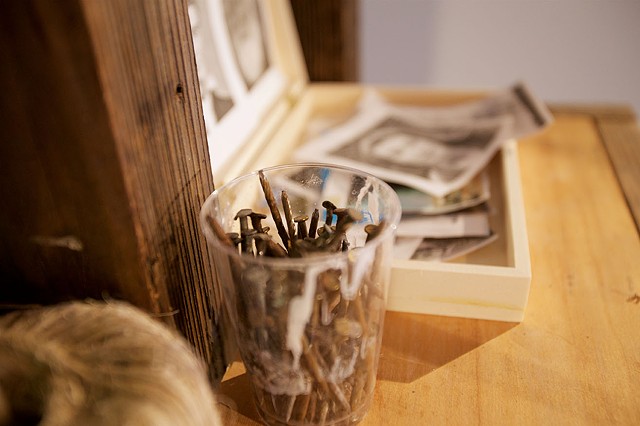 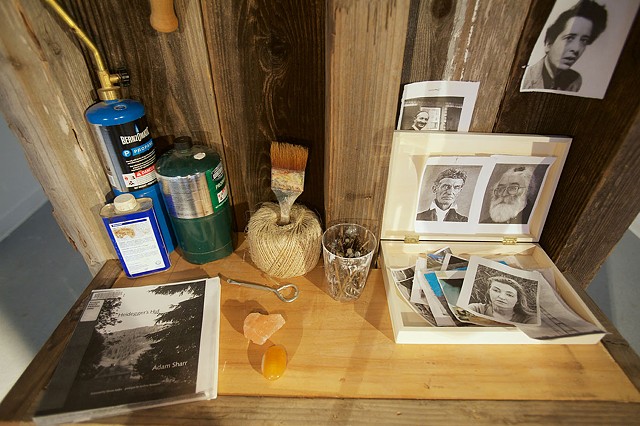 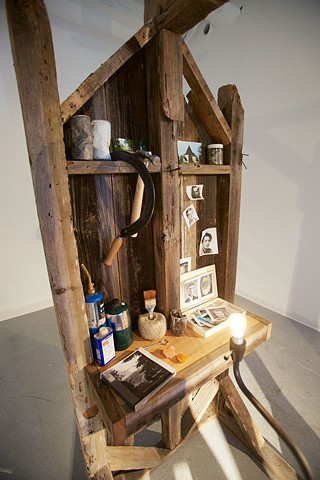 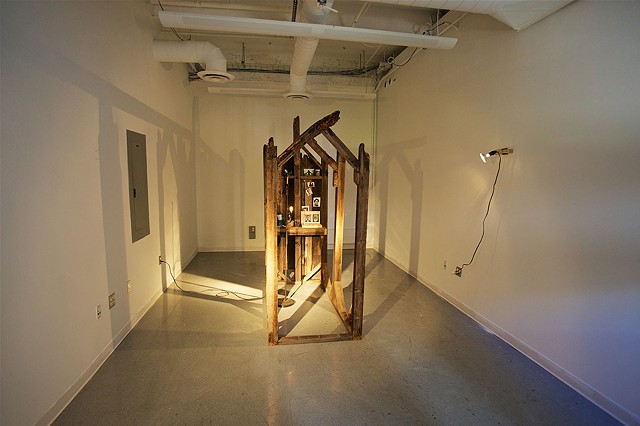 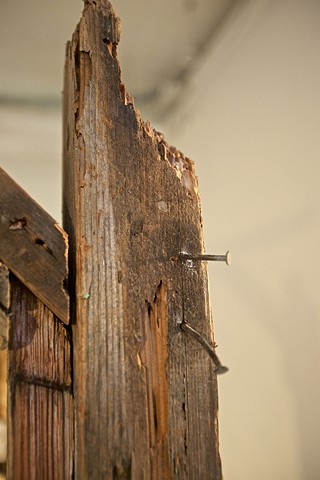 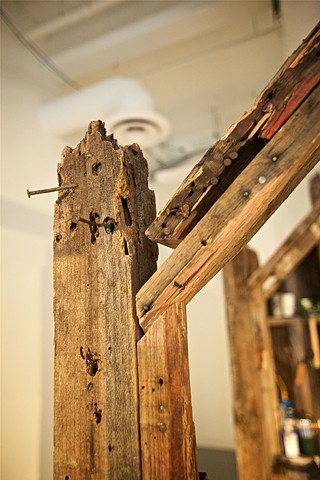 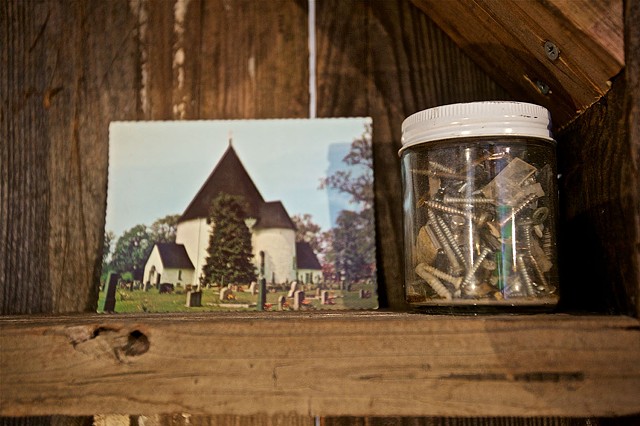 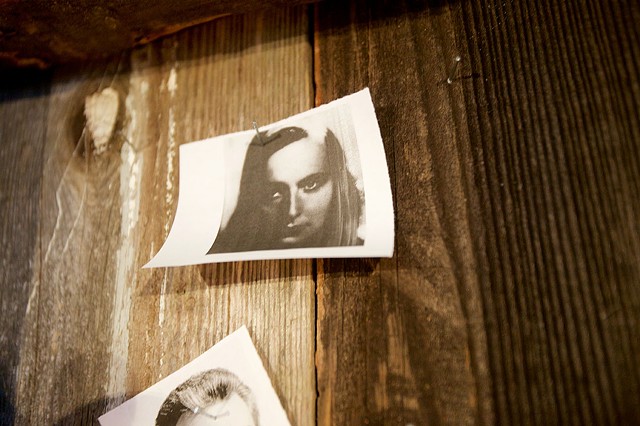 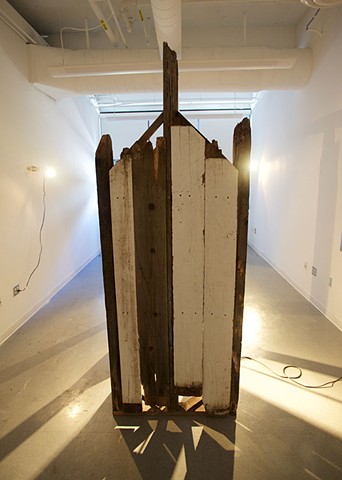 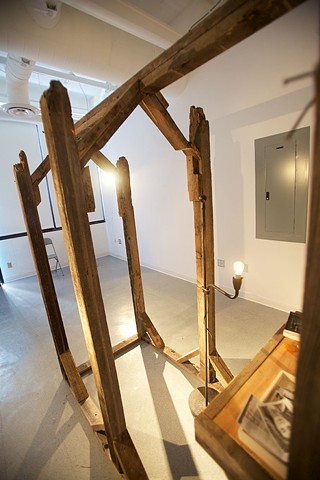 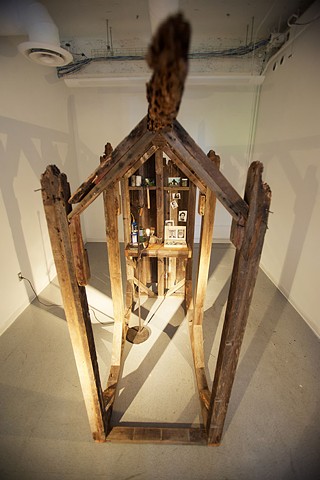 The phrase' Montani Semper Liberi', Latin for 'Mountaineers Are Always Free' is not just the official motto of the state of West Virginia. It is a phrase that Ted Kaczynski, a.k.a. the Unabomber, the genius mathematician and homegrown terrorist, used to engrave into his wooden carvings he made while living alone in his Montana cabin. He lived in this cabin for more than twenty years until his arrest by the FBI. He now lives in solitary confinement in a supermax prison in Colorado. It would seem that except for a change of setting and public visibility, not much has changed for Ted Kaczynski. 'Montani Semper Liberi' is a meditation on the precariousness of the line that separates solitude and loneliness, escape and self-exclusion, individuality and individualism, freedom and confinement, genius and madness.