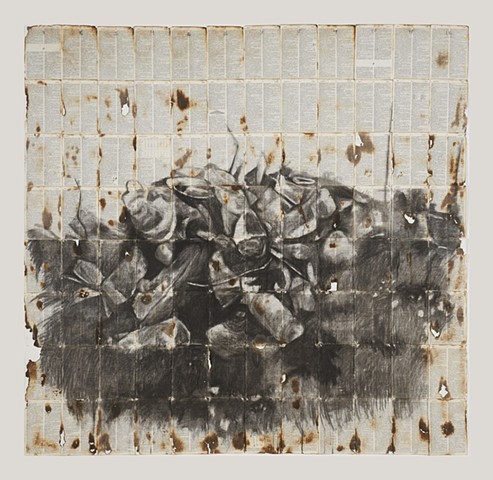 Elegies to Failed Revolutions, the Day After the End of Times
Charcoal on burned encyclopedia paper
72" x 72" 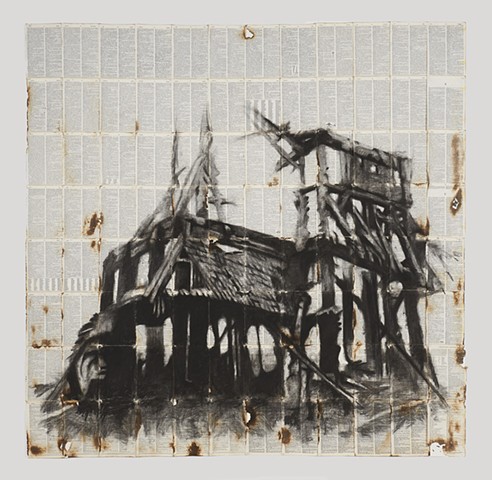 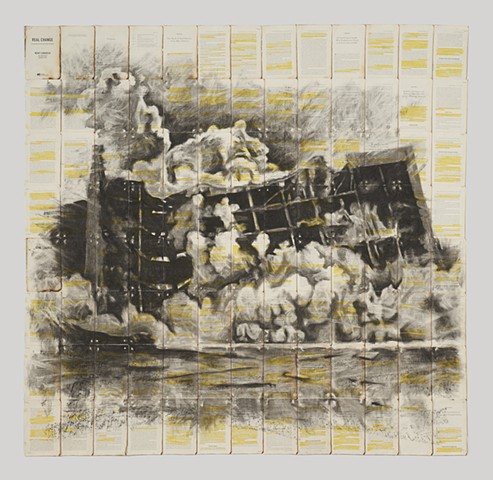 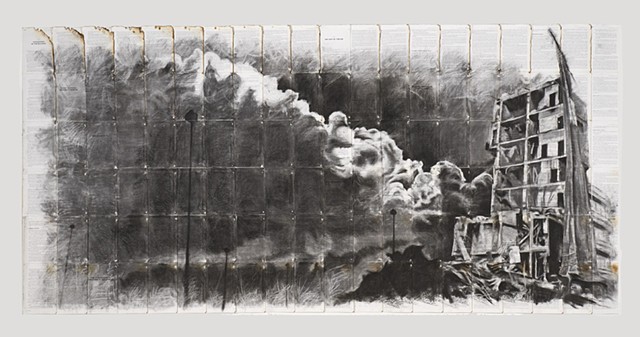 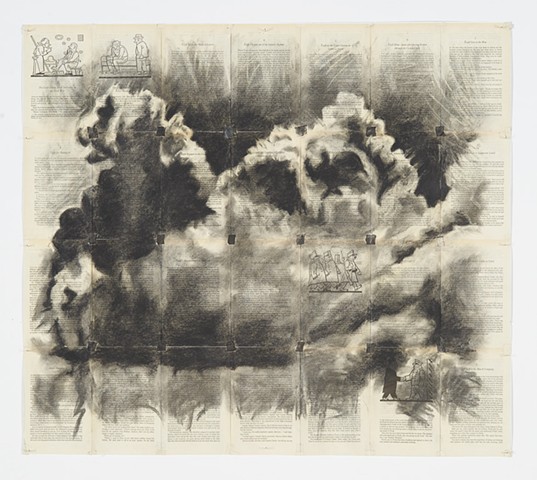 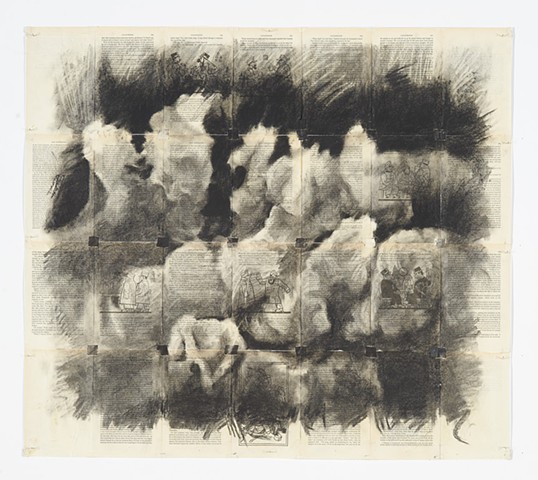 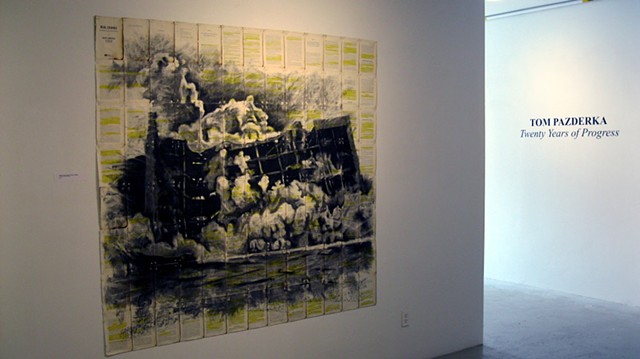 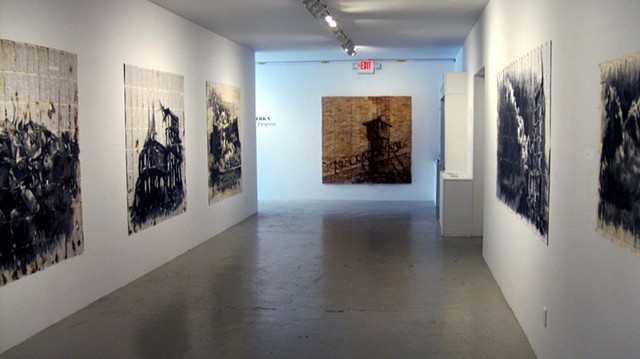 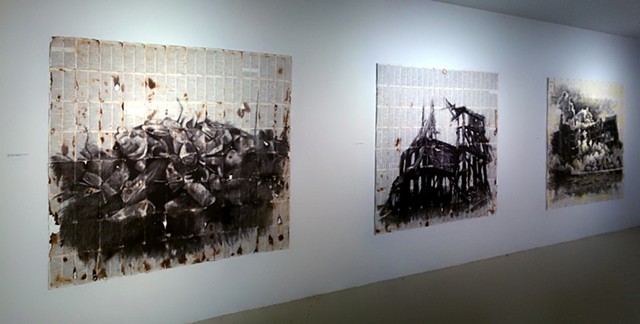 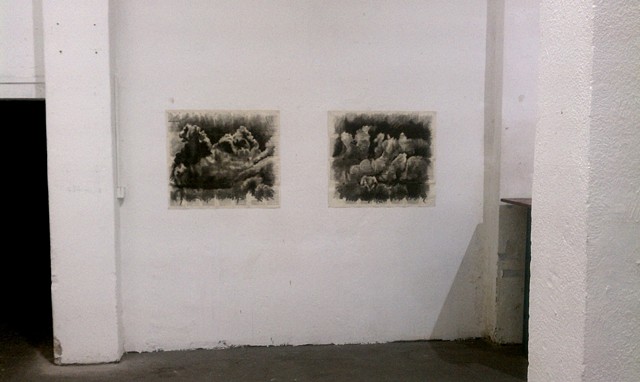 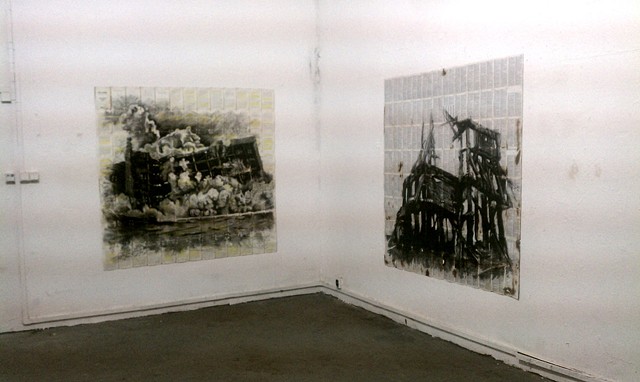 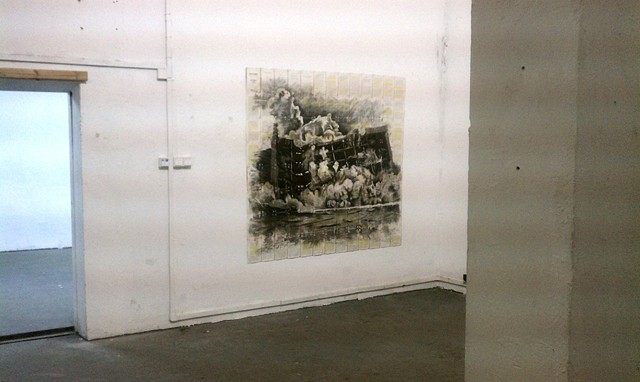 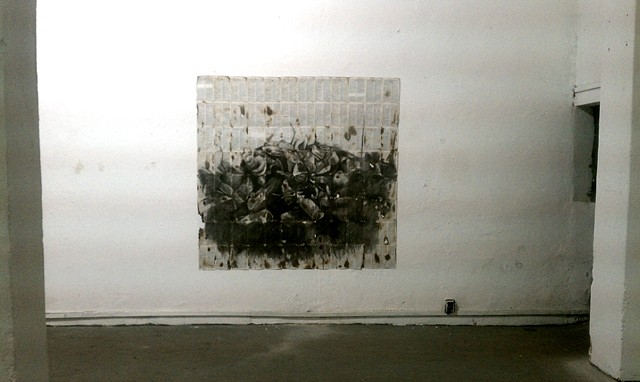 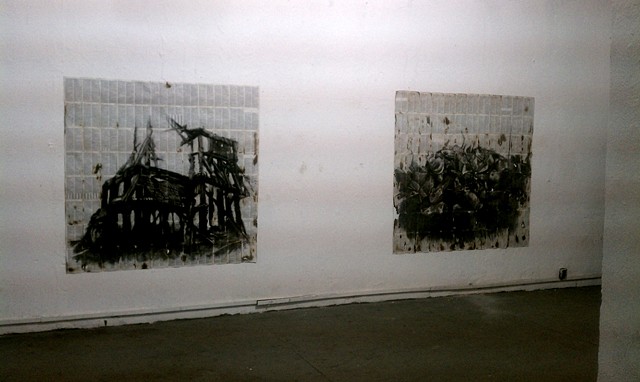 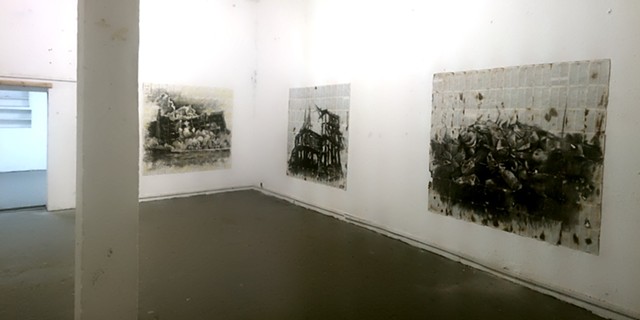 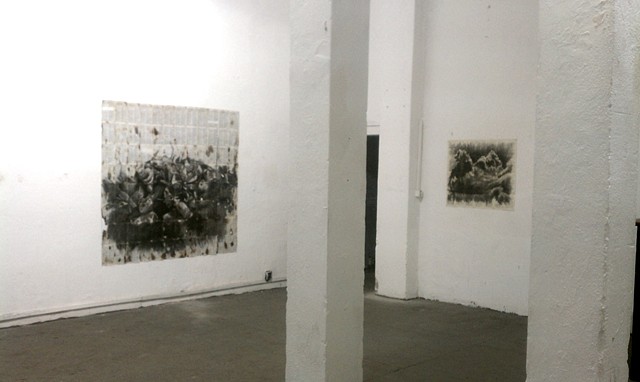 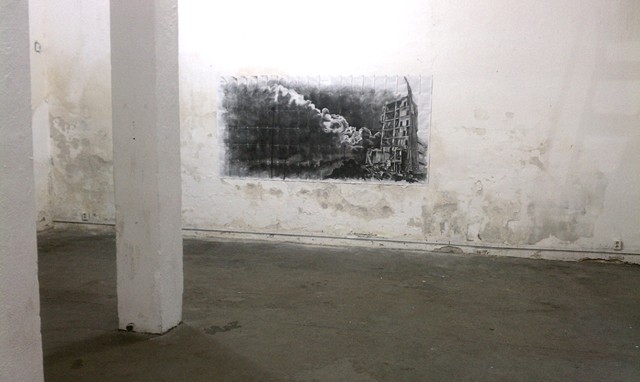 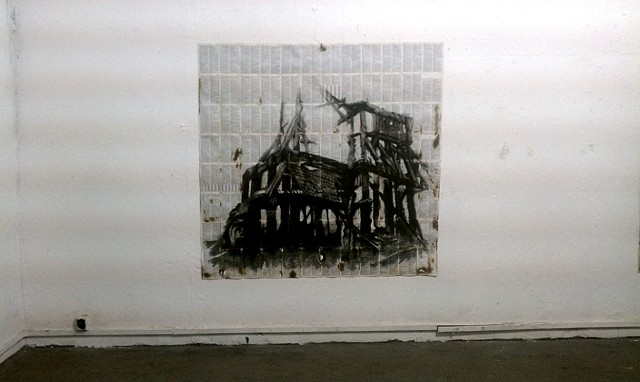 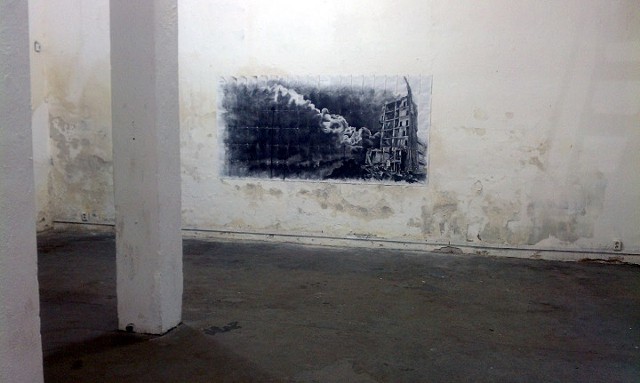 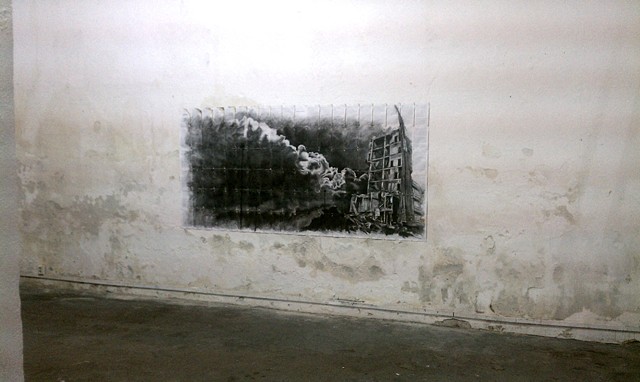 In 2014 I began an artist residency at Trafo Studios in Prague, Czech Republic. The title "Twenty Years of Progress" is meant to be ironic. The name stems from the fact the timing of the residency in April 2014 marked precisely twenty years since my immigration to the USA from Czech Republic. I wanted to mark this 'homecoming' with a show of large scale drawings executed on found and burned book paper, depicting major events that occurred during that time in either Czech Republic or USA, events like the Oklahoma City Bombing or the demolition of the building of the former communist periodical 'Pravda.' The title and the drawings are a reaction to the state of the social condition in both countries at a time when progress is sacred and ubiquitous, when the so-called 'end of history' was to bring about greater prosperity for all who would follow in the footsteps of big capital. To stay true to the dual nature of the theme, the exhibition took place first at Trafo Gallery in Prague and then traveled to the USA for a second incarnation at Pink Dog Creative in Asheville, North Carolina.

“Twenty Years of Progress” is a critical and sometimes ironic look at the history of the past twenty years through the filter of the Event. To a large extent, history is what makes us and sustains us, and it is often blamed as the culprit of all evil that befalls a culture. What we call progress is a series of coordinates, by which a culture orients itself in the fabric of history. Given its position in the West as the ideological imperative by which those very cultures function, it is no wonder that when progress is halted, or somehow turned on its head, culture becomes a negative of itself, questioning and unrest follow. This is the great lesson of the last twenty years. I look at the last two decades of two very different places (America and Czech Republic), because I myself took up a place in their individual histories, at once Czech and American. Born and raised in Czech Republic, I nonetheless spent most of my youth and adulthood in America. I draw parallels and consequently point out the differences between both places, by recalling the Event, between the years 1994 (the year I left the newly independent Czech Republic for America) and 2014. These are twenty years of assimilating American culture and history, contrasted with twenty years of history of Czech culture, of which I became a distant observer.