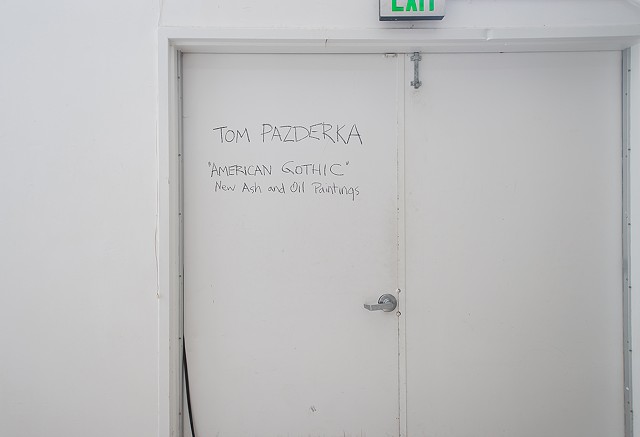 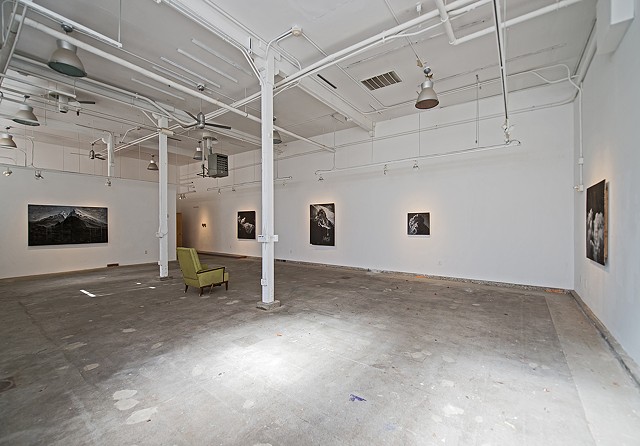 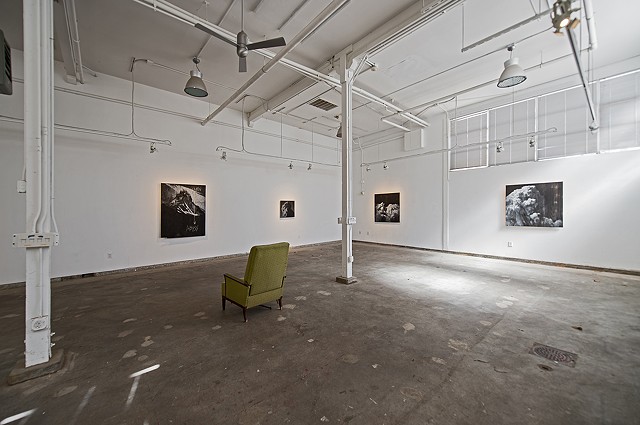 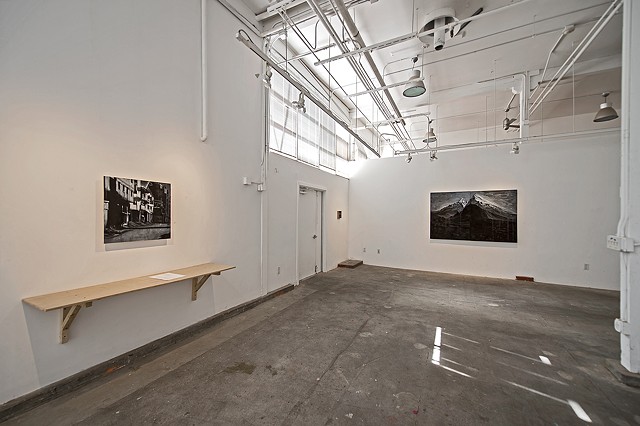 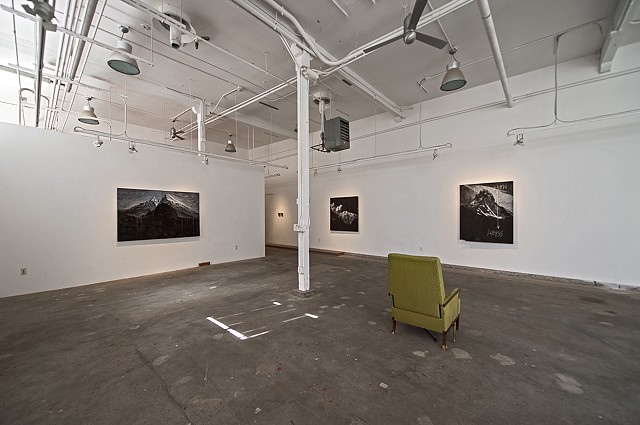 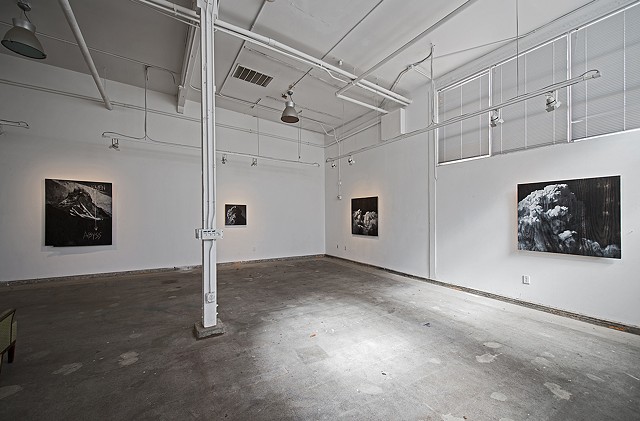 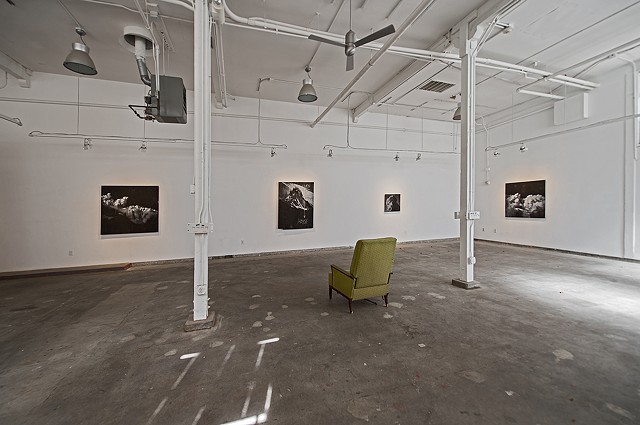 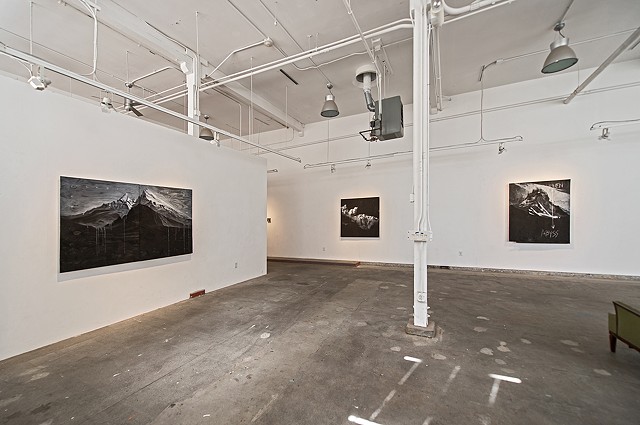 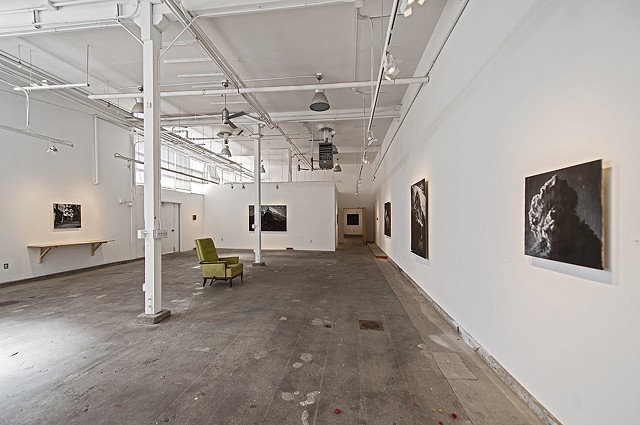 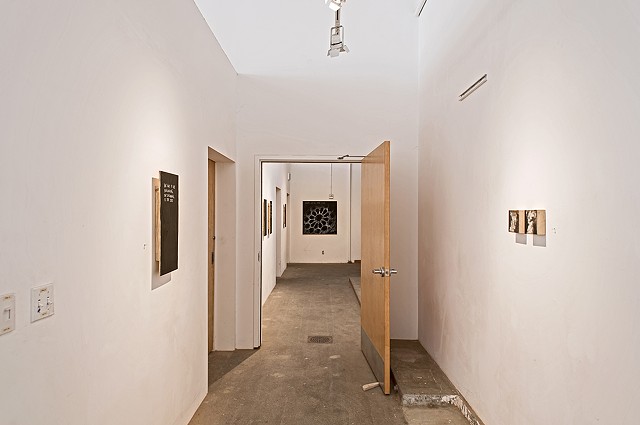 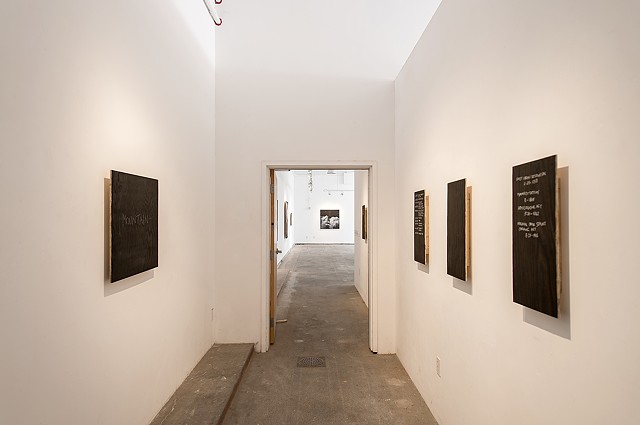 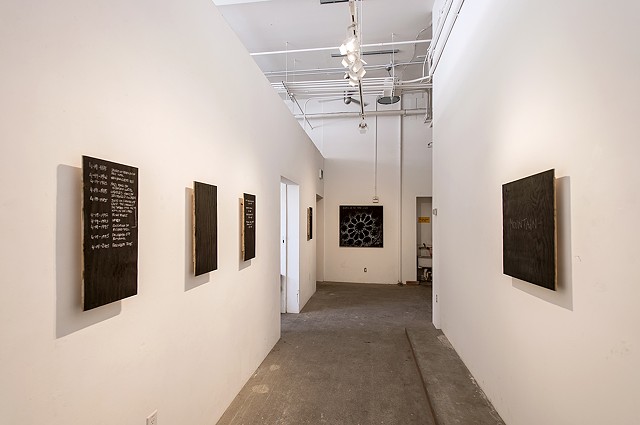 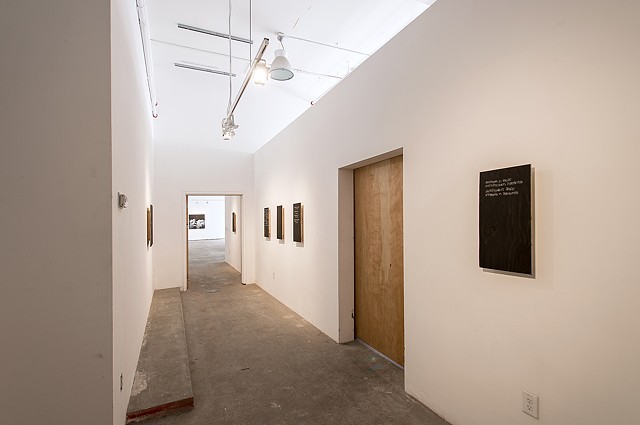 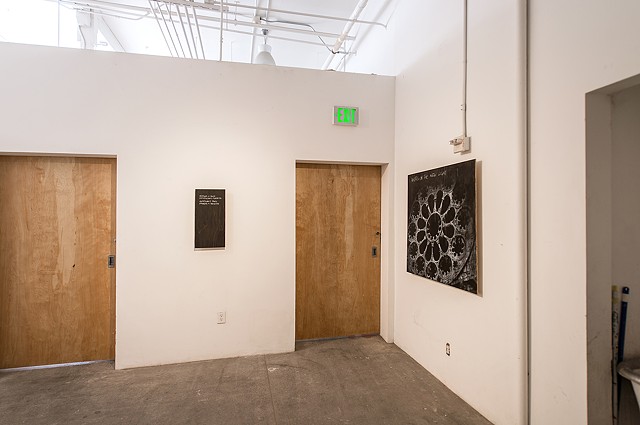 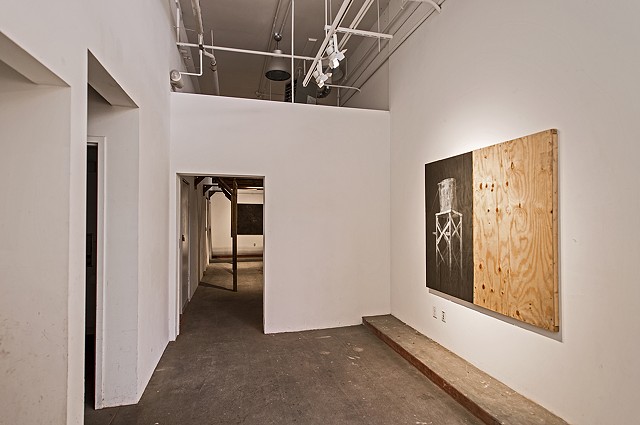 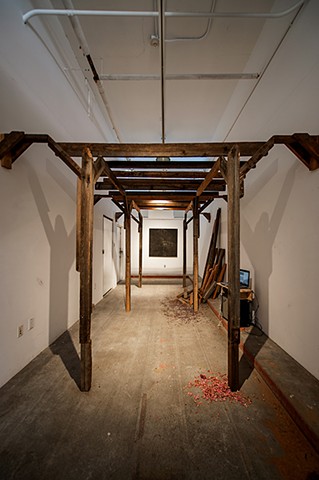 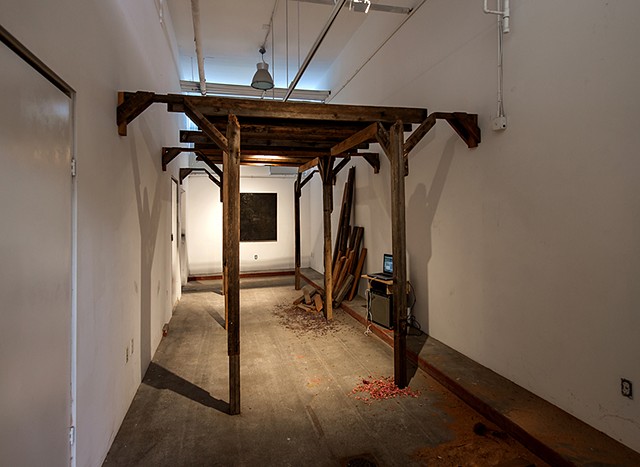 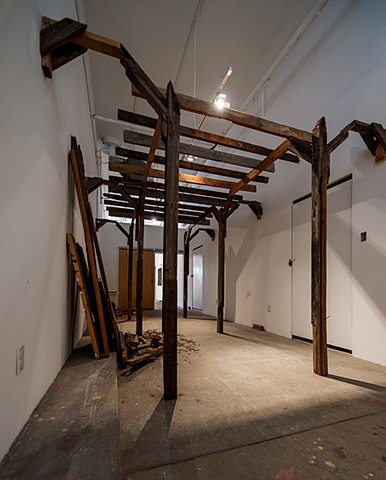 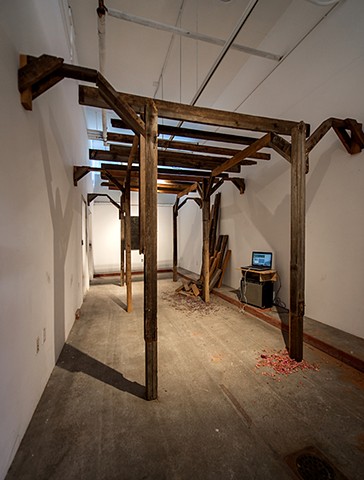 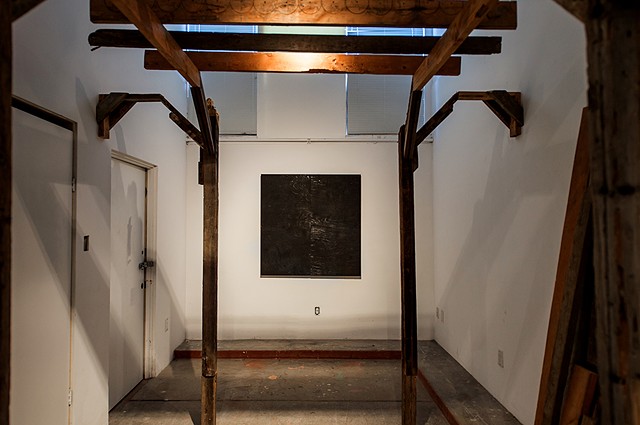 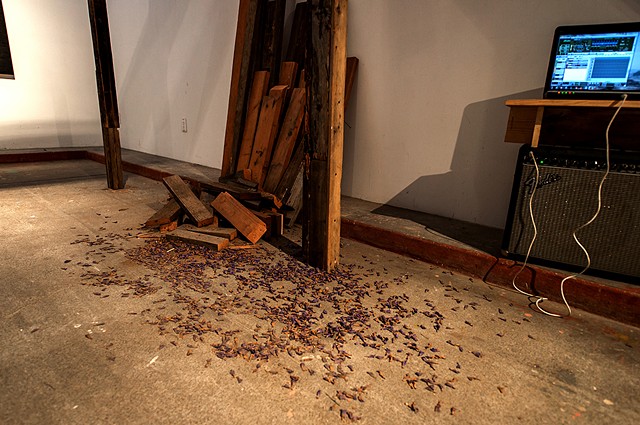 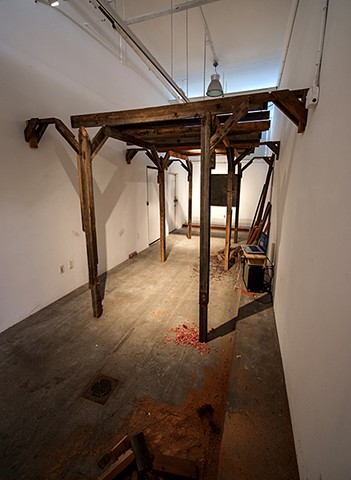 Red Barn Project Space was the site for my final end-of-residency show. It included many new paintings made from a combination of ash, charcoal and oil paint over a burned wood surface. Through the hall the visitor was summoned by a low humming sound that sometimes broke into a chant that emanated from the farthest recesses of the space. As the visitor moved through the hall, the works became more ominous, shedding imagery in favor of written lists of dates that pointed to darker aspects of American history, most importantly referencing the April 19 date, which is one of the most important dates for conspiracy theorists and the militia movement. As the corner was turned, the visitor entered through a small door into a cavernous room built over with remnants of wooden structures to resemble an inner cathedral with a dropped ceiling. Here images and even words fail, replaced by experience of space and sound. The American Gothic can be summed up as an experience of occulted American and European history, one built of wood and the other made of stone.